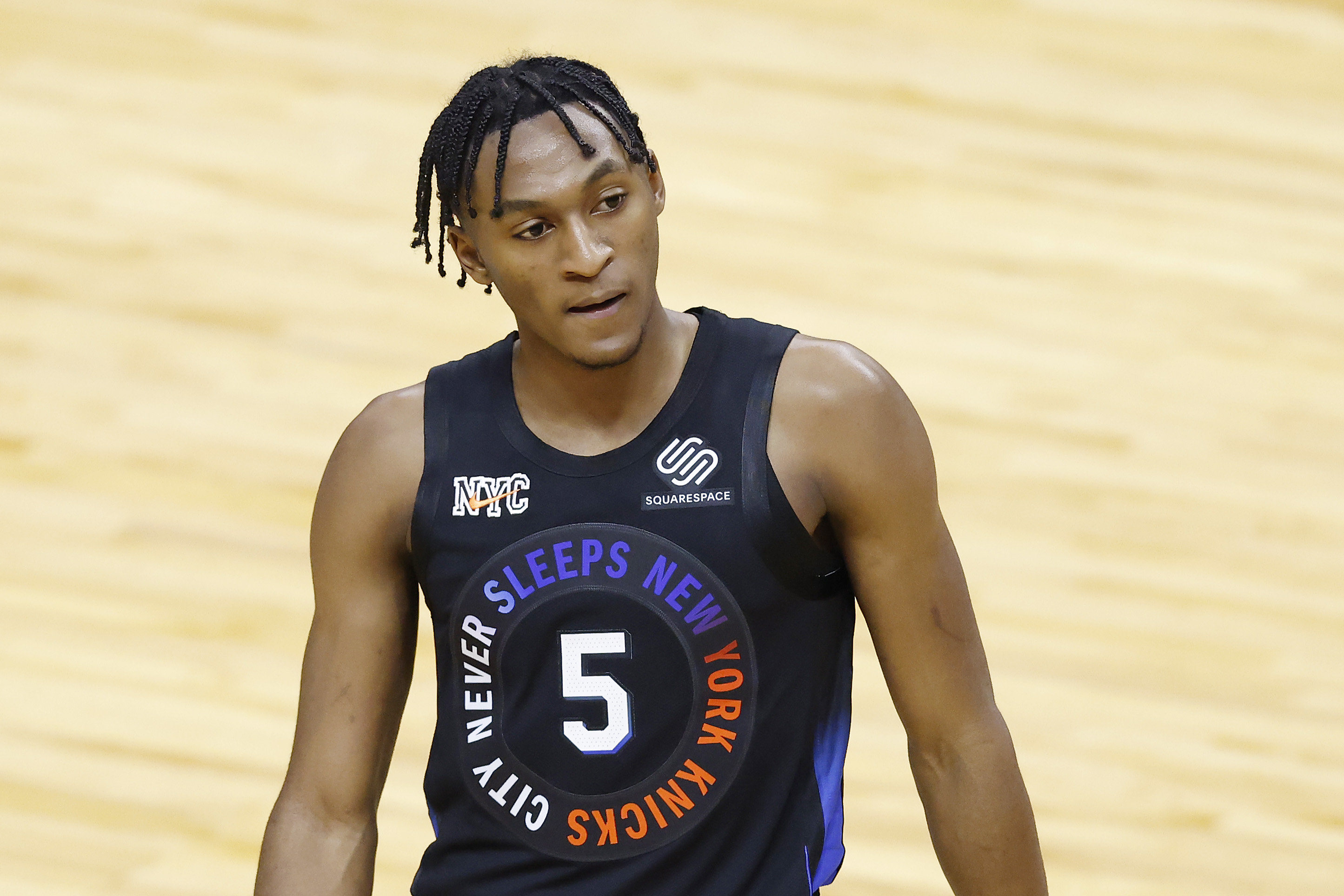 Not everyone saves their report cards from school, but Knicks rookie Immanuel Quickley is keeping one of his draft-night grades as motivation.

The Knicks’ selection of Quickley – who some scouts projected as a potential second-rounder – out of Kentucky with the 25th pick in the 2020 draft received a D+ score from CBS Sports. And Quickley made sure he will not forget the diss.

“Man, I got that screen-shotted. I have that screen-shotted,” Quickley said during an appearance this week on The Post’s podcast “Big Apple Buckets” with hosts Sal Licata and Jake Brown. “I have a camera roll album of all the stuff that motivates me, and that’s one of them. Definitely screen-shotted and saved in my phone.

“I will say it’s not all negative stuff. It’s positive stuff that was said, too, and affirmations, but some of the stuff that’s in there are definitely things where people said I couldn’t do this or couldn’t do that. I just try to use that to prove the haters wrong and try to prove myself right.”

The 21-year-old Quickley is averaging 12.1 points and 2.6 assists, while shooting 92.9 percent from the free-throw line and 36.9 percent from 3-point range, in 19.0 minutes per game over 27 appearances off the bench this season. He enters Tuesday’s game against Golden State fifth among rookies in scoring average, but he’s first in player efficiency rating (PER), which measures a players’ per-minute productivity.

Quickey most recently has been paired with imported veteran point guard Derrick Rose, giving the Knicks’ second unit two versatile players capable of playing on or off the ball. The rookie said his versatility was one of the selling points he tried to impress upon NBA teams ahead of the draft.

“I don’t know if they believed me, based on what they’d seen in college,” Quickley said. “But I told teams that I was somebody who can play on or off the ball. That was one of the things that I told every NBA team.

“I think the Knicks really knew who I was with all the connections that were with Kentucky and things like that. But to answer that question I really feel like I’m comfortable either/or, and I try to work out in a way that I can be versatile whether on or off the ball, guarding on or off the ball. I just try to be as versatile as I can so I can play with basically anybody.”

Quickley earned SEC Player of the Year honors last year as a sophomore under John Calipari and current Knicks assistant coach Kenny Payne at Kentucky. Rose also played for Calipari at Memphis, as well as for Knicks coach Tom Thibodeau in the NBA with both Chicago and Minnesota.

“Man, they’re so much alike it’s actually crazy,” Quickley said of the two head coaches. “For me the thing I’ve learned, they’ve given me something I can take with me whoever I play for. They’re coaches that you’ve gotta go take what you want.

“It doesn’t matter who you are honestly, if you come out in the game and you’re not ready to play, even last year when I won SEC Player of the Year, on any given night that I didn’t come out to play, Cal was like, ‘Man, sit down, you’re not ready to play today.’ It don’t matter who you are, they’re gonna tell you the truth. Whether you’re a superstar or the last man on the bench, they’re gonna hold you accountable. You gotta just go and take what you want, and that’s what I’ve taken from both of them.”